The land of mathryoskas is so much more than harsh winters, controversial politics and high diversity in the area of wealth and income everywhere one goes. It’s also all about varied vegetation and wildlife, historic towns and fascinating culture stemming from the unique blend of ethnic minorities inhabiting the country where two continents meet.

Russian people, no matter how open, aren’t very keen on speaking English. When planning to travel there or wanting to establish a cooperation with a Russian contractor it’s worth to know some essential phrases in Russian, even though to some this language might seem obsolete and, first of all, tough to master when compared to popular Western languages. But how accurate is this stereotype? Is the language of our Eastern neighbours really that hard?

The first natural obstacle that we are likely to stumble upon when learning Russian is the alphabet. Cyrillic comprises 7 Latin letters, 9 Greek ones, 15 Russian characters, the soft and hard sign. In case of Polish speakers learning Russian, different pronunciation of letters that look the same is particularly challenging. For example, Polish “y” is pronounced similarly to “u”, while Polish “p” reads as “r”. Quite large discrepancies between printed and hand-written Cyrillic script do not make it any easier, so it’s worth to familiarise oneself with both of these from the very beginning. The necessity to memorise so much new information might make the characteristic script seem an unbreakable barrier. You couldn’t be more wrong! With consistent efforts, learning it from scratch takes relatively little time. It’s no secret that daily exposure and practice help understand the rules of a given language. A solid foundation of essential rules of Russian alphabet will stay with you forever.

Once we’re good with the Russian alphabet, there’s another hurdle we encounter as we strive to master perfect pronunciation: the notorious eastern stress. Polish has a fixed stress system with stress falling (usually) on the penultimate syllable. The intonation itself does not really affect the ability to convey the message. In Russian, stress placement is mobile and it changes depending on a person, case, or number. Stressed vowels are pronounced longer, with more phonetic clarity. At first, it might be particularly challenging to get the grip of the issue with pronouncing unstressed “o” as a vowel closely resembling “a”, such as it is in case of молоко (milk, pronounced malako). Unfortunately, there is not one grammatical rule governing the stress placement, so it’s crucial to pay attention to proper stress placement from the very beginning. The intonation of pronounced sentences is also important. No wonder Russian is called a melodic language; Russian speakers use various intonations to convey messages that carry diverse emotions.

Grammar – a connection between Russian and Polish

Since Russian and Polish belong to the same language family, the most challenging issue in learning this language, namely grammar, seems like a walk in the park to Poles. There are six cases in Russian (there’s no vocative case), three tenses (past, present, future), and three moods (indicative, conditional, imperative). It also has the same number of personal pronouns – there are six of them. The similarity of grammatical rules makes the process of learning way easier, especially in the initial stage. Here, speakers of Polish and other Slavic languages have a clear advantage over those speaking Western European languages.

Is Russian really that difficult?

When attempting to master a new language, initially each of them seems difficult when you let information flood you. Russian language places several challenges before those willing to learn it, such as foreign script and tough stress rules. On the other hand, grammatical rules similar to these in Polish is a big advantage. It’s tough to provide a clear answer to the question about difficulty. Just like with any other foreign language, learning Russian requires systematical approach and commitment. That’s when you see results quickly, making deepening your knowledge even more satisfying. Conversational Russian will come in handy when planning a trip to Russia and other countries of the former USSR or while aiming to establish business relationships with enterprises based there. Those learning the language for private purposes will undoubtedly appreciate the ability to experience Russian culture directly. 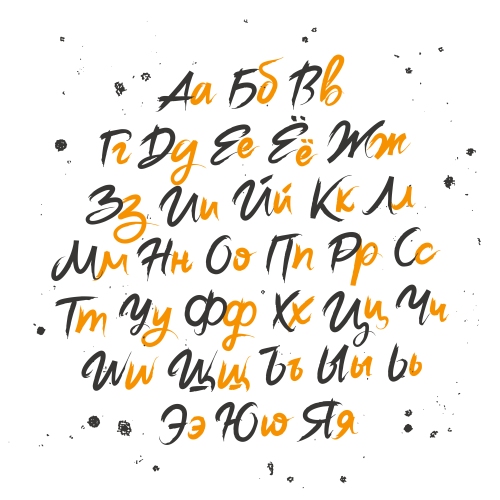 Translation as a profession – require...