Hated in the past, offering various possibilities nowadays – is German hard to learn? This question becomes more and more common as people begin to notice the opportunities German speakers have and understand it can become an important asset.

Being a part of Germanic language family, German is one of the most popular European languages. But does it make it easy to learn? It is no mystery that Germanic languages usually stand out with their original phonology, which often raises certain concerns. If you take a survey and ask your respondents if German is hard to learn, many of them will probably say yes. This language is universally claimed to be difficult, with challenging grammar and pronunciation – not to mention its melodiousness, which is a questionable issue.

The very first obstacle on your way will be a collision with the apparently easy German articles: der, die, das. For unknown reasons, articles seem to be one of the main factors that cause people to give up on their studies. What’s more, students usually commit many errors concerning articles, omitting them completely or matching German nouns with wrong articles. It is probably because German articles usually indicate a different type of noun than in our native language. And then, if you master the art of articles and hope you’ve started going the right way, another challenge appears – German declension. Many students desperately struggle to get the difference between Dativ and Akkusativ.

But let’s look at the bright sides: putting aside the complicated German word order and phrase formation, it is worth emphasising that the grammar itself is very logical and there’s a rule for everything – after all, as a German proverb says, Ordnung muss sein (Ger. “There must be order”).

Someone once said you can confuse articles, but it is good pronunciation that is crucial to communicate properly, and there is reason behind that. Even if you manage to understand a native German person, they will never understand you if you choose to ignore the famous umlauts. These treacherous sounds (ä, ü, ö) are present in few languages and difficult even to many professionals. Names of football players such as Özil or Müller can be an example as they are often mispronounced by sports commentators, pronouncing the umlauts as plain “o” and “u”.

But no worries! An unquestionable advantage of the whole situation is that natives are usually very open towards people who study German. Contrary to the popular belief, they rarely pay attention if foreigners use correct articles because they often struggle with the grammar rules as well, and value good communiction above everything else. However, if you decide to raise the bar and work harder on your accent, your efforts will certainly be recognised and well-received by native language users.

Is German hard to learn?

As a German proverb says, Übung macht den Meister, which could be translated as “practice makes perfect”. You can’t choose a shortcut in your learning process and expect it to be a piece of cake. Even Chinese will become simple if you are methodical, diligent, and above all, determined to achieve your goal. Remember that aller Anfang ist schwer, “it’s always hard to begin”, and every language has its rules. The most important thing is to master them – afterwards, everything will be smooth sailing. 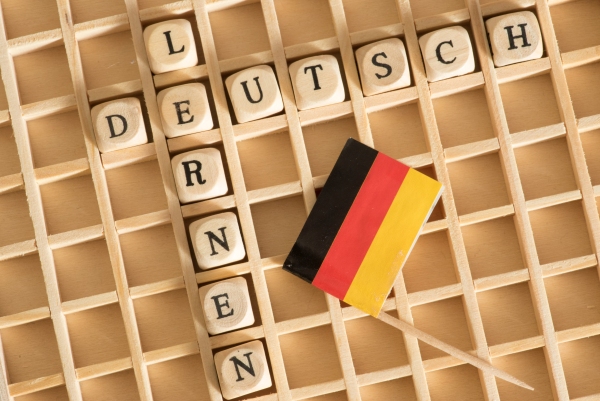