For some, folklore festivals mean colourful parades, regional sweets and a perfect family weekend activity. For others, having a good time means gallons of alcohol, large animals and a frenzied crowd crushing everything on its way. That’s Sanfermin, one of the most recognisable attractions of Spain.

The event takes place annually in Pamplona, the capital city of the community of Navarre, between 6th and 14th July. Its most important and most spectacular part is running of the bulls through the streets of the city, and the celebration itself gathers thousands of people from all over the world each year.

What used to be a religious celebration in honour of the patron saint of the city – namely Saint Fermin – has evolved beyond recognition since the Middle Ages, and its present form has little to do with the original. The programme includes concerts, costume parades (the so-called giants and bigheads), traditional dances, firework displays and a crazy party until dawn, but the bull runs (Spanish: encierros) certainly arouse the strongest emotions. It is encierros that won the festival its worldwide fame, mostly because of Ernest Hemingway and the novel “The Sun Also Rises”, inspired by his travels to Spain.

During Sanfermin, Pamplona literally turns into a huge fiesta: bars are open round the clock and hotel rooms are booked many months in advance, as during those few days the city hosts thousands of visitors. It is said that in the last few years the festival has lost its spirit and nowadays it gathers more thrill-seeking American tourists than Spanish citizens. However, there are still many people in all regions of Spain who can’t wait for the first days of July.

The course of the run

The bull runs start every day at 8 a.m. To put it simply, during encierro a herd of bulls is driven down the streets toward the bullring, where they will be fought during corridas organised later that day. A group of volunteers wearing typical white outfits run in front of the bulls, avoiding their horns and hooves, while hundreds of spectators cheer from behind the fencing and from other viewing spots. For the duration of the run, there is even an option to book viewing spots at balconies located on the course of the race – coffee and home-made snacks are usually included.

Anyone can participate in the run, although there are some requirements, such as sobriety or legal age. The data on the official website of Sanfermin shows that most runners who participate in the race do it for the first and the last time in their lives. Some, however, run with the bulls year after year – in many cases, in spite of injuries suffered in past years. For those brave souls, participation in the race is something beyond tradition, and the mere few seconds in front of a raging bull bring a rush of adrenalin and pure joy.

Extreme feelings and attachment to tradition

Just like bullfighting itself, the running of the bulls held during Sanfermin stirs great controversy due to animal cruelty. Although entertainment activities using bulls are still popular not only in Spain, disapproval for such practices grows stronger. Another issue raised is safety, as the race often results in all sorts in injuries; fatal accidents happen as well. Interestingly, the main risk factor are not horns and hooves, but the unpredictable behaviour of the crowd during encierro.

The dispute between advocates of tradition and those who promote safer and cruelty-free entertainment has been going on for many years. Simultaneously, this unusual festival made Pamplona a world-famous city, which is clearly both a blessing and a curse for its citizens. No matter whether you find the idea of an 8-day long fiesta appealing or appalling, one thing must be admitted: the Spanish style of partying goes beyond imagination. 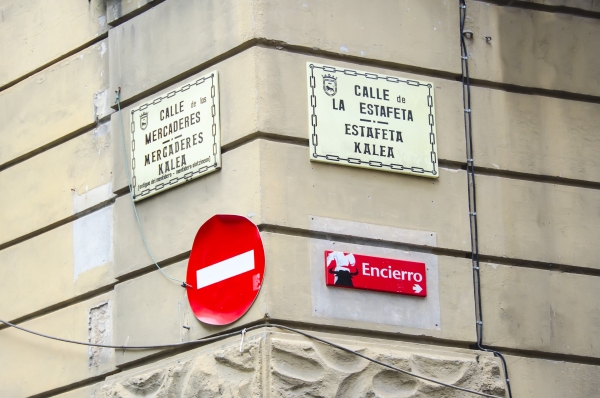