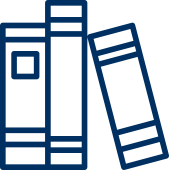 Kraków seems to never reveal all of its secrets. Even those who have been wandering the streets of the city for many years find it challenging to explore all the enigmas. And while it could be hard to keep it a secret that Kraków belongs to the UNESCO Creative Cities…

Huddled at the edge of Europe, the tiny Portugal attracts tourists with its heavenly beaches, exquisite cuisine and enchanting narrow streets in cities and towns. For many people, however, the cultural journey to Portugal begins with something different: fado.   Fado has been inscribed in the UNESCO Intangible Cultural Heritage…

For some, folklore festivals mean colourful parades, regional sweets and a perfect family weekend activity. For others, having a good time means gallons of alcohol, large animals and a frenzied crowd crushing everything on its way. That’s Sanfermin, one of the most recognisable attractions of Spain.   The event takes place annually in Pamplona, the capital city of the community of Navarre, between 6th and 14th July. Its most important and most spectacular part is running of the bulls through the streets of the city, and the celebration itself gathers thousands of people from all over the world each year.   What is Sanfermin? What used to be a religious celebration in honour of the patron saint of the city – namely Saint Fermin – has evolved beyond recognition since the Middle Ages, and its present form has little to do with the original. The programme includes concerts, costume parades (the so-called giants and bigheads), traditional dances, firework displays and a crazy party until dawn, but the bull runs (Spanish: encierros) certainly arouse the strongest emotions. It is encierros that won the festival its worldwide fame, mostly because of Ernest Hemingway and the novel “The Sun Also Rises”, inspired by his travels to Spain.   During Sanfermin, Pamplona literally turns into a huge fiesta: bars are open round the clock and hotel rooms are booked many months in advance, as during those few days the city hosts thousands of visitors. It is said that in the last few years the festival has lost its spirit and nowadays it gathers more thrill-seeking American tourists than Spanish citizens. However, there are still many people in all regions of Spain who can’t wait for the first days of July.   The course of the run The bull runs start every day at 8 a.m. To put it simply, during encierro a herd of bulls is driven down the streets toward the bullring, where they will be fought during corridas organised later that day.…

French-speaking countries – where is French spoken?

It’s difficult to say what exactly makes French exude a kind of undeniable magnetism. Is it its melody and unique liltingness, aristocratic past or the reputation of being the most romantic language in the world? The popularity of French as a foreign language has by no means diminished, and the…

Second most popular language in the world, one of the official languages of international political and economic organisations, and the number of its learners is constantly rising – today we are going to take a look at Spanish.   According to the common belief, Spanish is easy to learn (at…

While we may celebrate carnival anywhere in the world, there’s only one place that brings to mind astonishing costumes, a sparkly display of colours and lively processions marching through city streets – just before Lent the pulse of revelry is the strongest in Rio de Janeiro.   When is the Rio Carnival? How much does it cost to see the best samba schools in their glory? And are there any other events in the city apart from the battle of samba schools at the Sambadrome? As 2022 marks another year we miss out on extravagant parties, join us on a literary journey to discover the secrets of this incredible event.   Rio de Janeiro: world’s most spectacular carnival! The carnival extravaganza isn’t limited to Rio de Janeiro – you can join parties in São Paulo, Florianopolis, Manaus or Porto Seguro. The character of the celebrations differs from city to city, with Olinda’s take on celebrations being a display of strong ties to local folklore and culture. Still, it’s the Carnival in Rio de Janeiro that remains the biggest crowd-puller. At its peak of popularity, up to 2 million tourists roamed the streets of Rio, many of them travelling thousands of kilometres to soak the atmosphere and revel in the South American celebrations.   At first glance it may seem that all rich colours, blasting music and crowds filling the streets are pretty much the same everywhere we go. While they may look the same, they definitely do not sound alike! A trained ear will immediately notice clear differences between carnival celebrations in various places in Brazil. Southern cities, such as Rio de Janeiro and São Paulo, are filled with sounds of samba and marchinha. But as we move in the northeastern direction, we hear more frevo and axé. It’s worth to keep that in mind while choosing the destination of our carnival journey!   When is the Rio Carnival? World’s most famous carnival celebration begins on the last Friday of…