Undeniably, the huge popularity of Norway, as well as the Norwegian language itself, was brought by a series called SKAM. Thanks to its simple, yet authentic vibe, it turned out to be a global phenomenon. The stories of a group of high-school friends from Oslo pulled in front of the screens millions of viewers, not only from Scandinavia or Europe, but from all over the world. Thanks to this more and more young people, following the whereabouts of charismatic teenagers, began to wonder: is Norwegian difficult?

Even though Norway is a country larger than Poland, Norwegian is spoken by only about 5 million people. This language belongs to the Germanic group of languages, which means that sometimes we can find words that sound familiar, and which are usually derived from German. But does this mean that Norwegian is the phonetic twin of German? You couldn’t be more wrong! Do not let single German-sounding words fool you; Norwegian boasts an original melody and a sing-song effect to it, which is really difficult to learn, especially for a foreigner whose native language belongs to a different language family. So, is this the only difficulty which we will have to face when learning Norwegian?

As we delve deeper into the issue of learning Norwegian, we discover the lack of one “right” Norwegian. There are no specific pronunciation standards; instead, there are over 400 different dialects in use. Why is the Norwegian language so diverse? The answer is simple – it stems from topography and history. Norway is a mountainous country. In the past, such landscape made it really difficult for people to travel, which resulted in most Norwegian villages developing a variety of dialects, some resembling more the Danish language while others were closer to Swedish. Concerning the written variety of the language, there are two official systems – Bokmål, which is used by around 90% of Norwegians and Nynorsk, which can be mainly heard in Western Norway. But before you rush to answer “yes” to the question whether Norwegian is difficult, take your time and do not let this diversity discourage you. Stay open minded, because you’re in for more surprises while learning Norwegian! Sometimes even Norwegians themselves struggle with understanding their compatriots.

What’s the problem? The word Jeg (eng. I) will look like this in Bokmål, but in various dialects the same word turns into: Jæi, Je, Jæ, Æ, Jej, Eg, Ek, Ej, Jai. We have a similar situation with the word Vi (eng. We), which has slightly less versions than the word Jeg, but in other dialects instead of Vi we will hear, for example, Åss, Oss, Me, Mø, Mæ.

How to start learning Norwegian in order to get to know this language from A to Z – or, to put it the way Norwegians would do, Fra A til Å? The easiest way is to start with the basics, which would be the alphabet. The Norwegian alphabet cosists of the same letters as the English alphabet plus three diacritical marks, namely Æ, Ø and Å. These three unique letters are at the end of the alphabet in the exact order in which they are listed, which is why in Norwegian the saying takes a slightly different form.

When it comes to grammar, just like in German, there are articles: en, ei and et. En refers to the masculine gender, ei to the feminine gender, and et to the neuter gender. Do the types of nouns match, for example, the Polish ones? Not really, an example of which can be the word en vei (eng. a road), which is masculine, which is not consistent with the Polish language. The good news is that there is a possibility of using only the masculine and neuter gender, and then all the feminine nouns can be paired with the masculine en.

When it comes to the tenses; there are slightly fewer of them in Norwegian than in English, and the order of the Norwegian sentence is often the same as it would be in its English counterpart. Therefore, if we already know English well, the Norwegian grammar will definitely not be that scary for us.

Is Norwegian a difficult language to learn?

Without practice and systematic learning, every language will seem unattainable to us. Learning a new language is usually a long and demanding journey. Don’t get discouraged even if after a few months of learning you still won’t be able to understand what your favourite norwegian actors are talking about. As the Norwegians say: Alt i sin tid, which means all in good time. The more time and commitment you devote to this language, the sooner you will make it to the Masternivå, i.e. master level. And to answer the question “Is the Norwegian language difficult?”: well, you will be able to answer honestly speaking from your own experience. 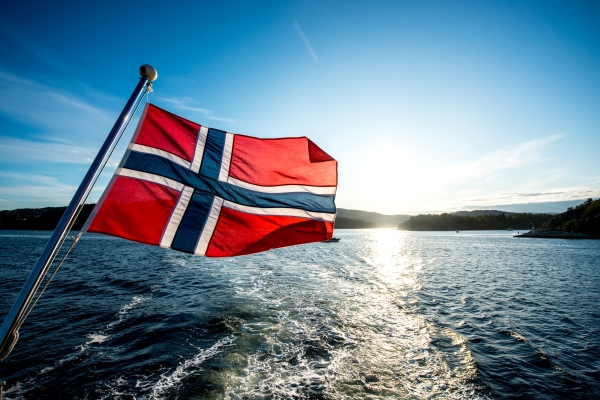