The translation industry is not particularly prone to controversy – especially one coming from the outside, caused by factors other than original and innovative proposals for translation of classic literary works. However, there are such topics that always stir up a controversy and provoke us to reflect – regardless of the industry.

Recent information about the re-translation of “Mein Kampf”, this time with an additional scientific commentary, raised many doubts. Why is “Mein Kampf” still a taboo subject and all of the discussions on it come down to one thing – deeming the book to be extremely dangerous and potentially subversive?

“Mein Kampf”: what is it and why is it controversial?

Over the years, the autobiographical manifesto of Adolf Hitler has become a synonym of the forbidden book and gave rise to many discussions on ethical issues. Two separate parts present respectively the biography of the author and outline the foundations of his ideologies. Full of criticism and hate, openly undermining equal value of all human beings, “Mein Kampf” also remains a piece of doubtful linguistic and literary qualities – if we were to believe those who had read it. However, this doesn’t change the fact that the ideas which were presented in the book surely changed the course of the history.

New translation of the forbidden book – is “Mein Kampf” by Adolf Hitler returning to libraries?

The principle of scarcity fully applies to this book. The more difficult and dangerous it was to get the copy of it or to read it – the greater interest it aroused. Many historians point to the fact that language-wise, numerous translations available on the market are significantly better than the original version. Furthermore, many translations into foreign languages were based on the English version instead of the German original. The actions of the Bavarian government, which strictly forbade both translation and publication of the book, were not irrelevant for the general opinion on the book, often resulting in legal consequences for publishers who would publish it anyway. Only in 2015, after the expiry of the 70-year protection period, “Mein Kampf” entered the public domain. Despite this, in various countries different laws are in force. Those laws govern the availability and circulation of copies of the book. Sometimes, as in Germany, it is possible and does not violate the law, as long as it is not intended to spread hatred. There have been attempts to limit the ability of possessing copies of “Mein Kampf” so that only those who use it for academic purposes have access to it.

“Mein Kampf” in Polish – a few words about translations and publications

The fate of the manifesto in Poland is extremely turbulent and veiled in mystery; there is also plenty of contradictory and incorrect information. Over the years, many amateur translations were made; there were also many incomplete versions available, most lacking any scientific study and critical commentary. Allegedly, the first attempt to make the book available in Polish could be traced to an internal translation prepared for the military – the author of the latest translation admits, however, that he was unable to find any copy of the document. In total, after the year 1989, “Mein Kampf” was published four times in Polish language. One of the publications resulted in legal proceedings, during which the publisher was fined and received a suspended prison sentence.

The latest translation was prepared by a historian and political scientist – professor Eugeniusz Cezary Król. In the interviews, the author of the translation emphasises the desire to reflect the source text as faithfully as possible, highlighting also the differences between the content of the source document and the translation. While facing such a demanding task, which raises both moral and ethical doubts, professor Król presents solid and factual arguments for the necessity to organise the chaos and beliefs that have arisen over the years around “Mein Kampf”.

The publication may raise concerns, but it also provokes substantive, though often emotional discussions regarding the role of ethics in the profession of a translator. It is not easy to predict what decision would we make when facing such a dilemma. As the text requires prolonged work, it may be overwhelming considering its theme. Preparing the translation should be also preceded by thorough analysis of the purpose for which it is performed. The situation is completely different when we treat the document exclusively as a historical text, largely serving as a warning and enabling a critical look at its content.

Not only “Mein Kampf”. Does literary translation always raise controversy?

In many ways, literary translation proves to be an extremely difficult task which requires from the translator remarkable linguistic sensitivity and an extraordinary ability to tactfully navigate in two linguistic realities. Usually, it is the imprecise choice of vocabulary or style that raise doubts, but the situation is different when it concerns ethical aspects. It is hard to compare the translations of “Mein Kampf” to any other translations that evoke equally strong emotions. Admittedly, we have already encountered incomplete translations or cases of an extremely vivid imagination of a translator that overshadowed the source text. We even experienced the case of rewriting the book instead of translating it – none of these cases, however, can measure up to an issue as multidimensional and complex as translating “Mein Kampf”. 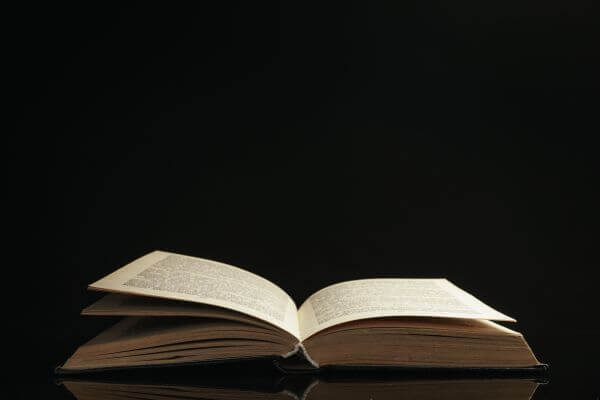 Versatility for excellent quality. IS...

The importance of credentials in the ...

How does ISO certification relate to ...